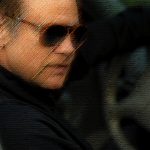 5.0 out of 5 stars Excellent!
This is Scott Falcon’s first work, and what a wonderful one it is! He obviously did his homework on IT and Special OPS tech as well as thought through the longer results to some very current political trends. His solutions to socio-political issues start at the top echelons but eventually find their way to the grass roots—in reality, the only place where they can be resolved, in small communities that unite and deal.

Falcon hits on issues of media use and abuse, immigration, race, and very basic US Democracy and Constitutional rights. The characters are interesting and well-developed, his points are compelling, and he leaves just enough unresolved to hope that he might plan a sequel. This is a well written, well researched, and well edited novel, definitely worth a read, or two.    AMDaniele on Amazon – September 18, 2020

5.0 out of 5 stars
I wasn’t sure what to expect from this book. The blurb looked interesting so I gave it a shot. But WOW! I really enjoyed it. Read it all in one night! I liked the format of the book. The audio recordings concept worked well. It seems like almost like 2 different stories, the “before’ and “after”. It’s witty and funny and halfway thru takes a darker turn but it all works together. There are parts that seem like a science/history lesson and I really enjoyed that. All in all, a great story line, sympathetic characters, and great read! – Yamil Pautler – Goodreads – September 10, 2020

5.0 out of 5 stars
Threshold is a science fiction thriller set in the year 2040, when the USA, Russia, and several other players are in a headlong race to be the first to create (and control) a transcendent super-AI. Unfortunately for the modern world so dependent on technology, the first such AI to arise gets loose and shut downs the world’s electric grid. Tangled up in this mess are Kip Wilde, one of the world’s leading AI specialists and the inventor of a worldwide virtual reality network called The Stream, his terminally ill teenage daughter Becca who happens to be a grad student uniquely poised to communicate with super AIs, and a repatriated Russian hacker who was once on friendlier terms with Kip.
This book is incredibly well written if you have the scientific mind required to understand and appreciate it. It will definitely prove unreachable and thus uninteresting to some, and looking at the reviews posted before mine I’m not surprised to see people complaining that they need a degree to understand this piece. As someone who has studied in a STEM field and programs as a hobby, I thought it was brilliant!
Early parts of this novel, and the AI character Arturo throughout, reminded me of Robert J. Sawyer’s WWW trilogy, where the internet becomes aware and is named and guided by a blind teenage girl who’s uniquely connected to the internet due to experimental technology attempting to restore her sight. In other ways this title reminded me of Sterling’s Dies the Fire, though I’m happy to report that unlike Dies the Fire this book did not fill me with so much existential dread that I had to DNF. (Sorry Sterling.)
Falcon’s writing reminds me of Sawyer and Crichton, the science fiction authors who entertained me in my teenage years and instilled a deep love of true hard sci-fi in me. Again, it won’t be for everyone. This is no space opera. It’s hard sci-fi. This story cannot be told without the deep exploration of physics and digital technology. I do think there was enough regular human conversation dispersed between the scientific and programming discussions to give the reader’s brain a break, and I love the way python coding was worked right into the text.
My criticisms for this title are few. First, and this may have been an ARC copy issue that has already been addressed, I found that the choice to use endnotes rather than footnotes wasn’t helpful to electronic readers, as there’s no easy way to jump to the note and then back to your place. This issue would be less cumbersome in print, but still not as easy to use as footnotes.
Second, the use of the internet abbreviation RL in dialogue was jarring to me. Perhaps this was meant to be a world building feature and this sort of shorthand is used in all areas of communication in this version of 2040, but RL was the only contemporary internet speak abbreviation I caught and it was used a lot. Generally, if people are speaking to their real life/real world/offline contacts and need to differentiate real life and online, they still use the words real life, not the letters RL. That’s still reserved for text based communication. If 2040 has embraced speaking in colloquial acronyms there should have been more of them in use.
Finally, the ending. I love where it went and I see why it was important to get there, but the book took too long to get their after the climax. I spent a few chapters wondering why were were still hanging out with these characters. The final 10-15% of this book felt like it needed to either be a much more condensed epilogue or carved off and developed into a sequel.
All in all I enjoyed this book immensely and will seek out more titles by this author. – Jenna Rideout – NetGalley – September 19, 2020