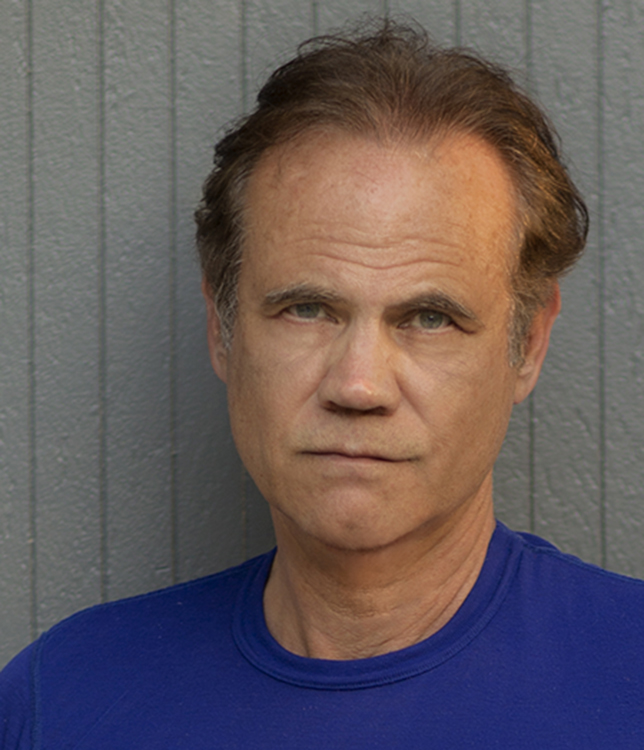 This interview is a culmination of questions that were answered by Scott Falcon on January 5th and 6th, days before the publication of Falcon’s first novel, AMERICAN MUTT.

Q: Why are you writing novels?
A: The stories are in me and need to get out.  Sometimes going back a long time. Books I want to read and movies I want to see. Another way to look at it is I discover an idea; then I have to keep digging to see what it is, what it will become, what is connected to it underneath.

Q: Do you write from structure…I mean a full outline?
A: My process has evolved. Even though my first work is being published on January 15th, 2020, I have been writing for years. The first two works that will be published this year, AMERICAN MUTT and THRESHOLD, were outlined in first drafts. In the case of THRESHOLD, I spent months in the outline stage. I don’t work that way anymore. Now there are the ideas, and I sketch it out to some extent, then I go at it and each day of writing is discovery. For me anyway, it is a bit unstructured but more exciting.

Q: Mostly thrillers?
A: My first two are both thrillers, but very different sub-genres. My third, entitled CELERITY, is a horror novel at its core. You could say a horror-thriller. Or a mystery-suspense novel. All those terms fit.

Q: So what is the core of AMERICAN MUTT?
A: The destruction of American sovereignty by forces internal and external, and the erosion of the American idea. And what one person does about it. Well, maybe more than one person. That’s part of the mystery wrapped inside the novel.

Q: Ok. Read the book, right?
A: At least. Some things are best left to the minds of the reader.

Q: Yes, that’s true in certain books. Something that is interesting in that book; that the lead character, Jackson Rand, runs a political website called PublicFigure.com. That’s a real website. But he’s a fictional character, correct?
A: Yes, it is and yes, he is.

Q: Can you explain further?
A: Not at this point in time.  We don’t comment on ongoing investigations.

Q: Another “read the book.”  I get it. One last question, what about QAnon?
A: I’ve read about that.

Q: Any comment? Any connection?
A:  Nothing is what it seems.

Q: Ok, then… Moving on to THRESHOLD. It takes place in 2040, correct?
A: Yes. A Sci-Fi techno-thriller that spans many years. At a time when A.I. is breaking out in unpredictable ways.

Q: There is a dystopian element, correct?
A: Very much so. A mutant A.I. turns everything off. Quite a shock in our modern world.  And more possible than we think, at least most of us. Research indicates there will come a time when a self-aware A.I. will be able to affect all of technology. That’s one of the first hooks in the story idea that drove me to write it. The second hook was what would our world would be like to live in, especially in the near future, if all of technology stopped? No nuclear war like other dystopian stories, just a shut down. Let’s pretend you wake up tomorrow and all of this stuff stops working around you. You have no power, no lights, no phone, no computer, no functioning transportation, no television, no refrigerator, no air conditioning, no Netflix. You are not injured or sick, just nothing works. And no texting. All teenagers panic.

Q: That would be… quite a THRESHOLD.
A: No shit.

Q: A different protagonist in this story, correct?
A: Yes, a thirteen-year-old girl, an autistic savant. Her father plays a co-protagonist role as well. He is the creator of The STREAM, a virtual reality environment that consumes all social media and entertainment.  Addictive entertainment. But of course, the STREAM goes down too.

Q: So what’s left to battle the A.I. with?
A: Her brain. Her mind. Her imagination. But, the story is not a fantasy, rather mind over machine.

Q: What do you read?
A: I have books stacked in every room in my house, thousands of them. I read Palahniuk, Cormac McCarthy, Peter Straub. Been rereading Hunter Thompson again lately. I have several books going at once, which I try to avoid, but never seem to. Richard Matheson lately. My pattern is I get something flowing through my brain, hit my personal library and blast through something that is relevant. I just did that with Hell House, as it relates to a passage in Celerity. For inspiration. Much of what I read is non-fiction for research purposes for my novels.

Q: What about film?
A: Kubrick, Ridley Scott, Denis Villeneuve. Also, I like the work of Antoine Fuqua, Chris Nolan, Fincher, Kathryn Bigelow, Alfonso Cuaron. Todd Phillips just did some great work. Many great artists today. Many criticize the crap coming out of Hollywood, and for the most part, I agree, but that has been going on for a long time. That’s the bad news. The good news are the directors I just mentioned, and others, that are creating some amazing work.

Q: So THRESHOLD is due out in February or March?
A: In editing now, but we are close, so hopefully this spring in both E-Book and print. And CELERITY after that.