You are here: Home / Artificial Intelligence / AI That is Too Dangerous for Release 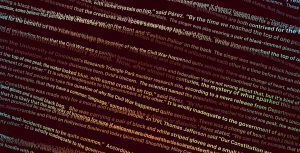