The following is the chronology of the development of the book cover for my Sci-Fi technothriller, THRESHOLD. November 2019 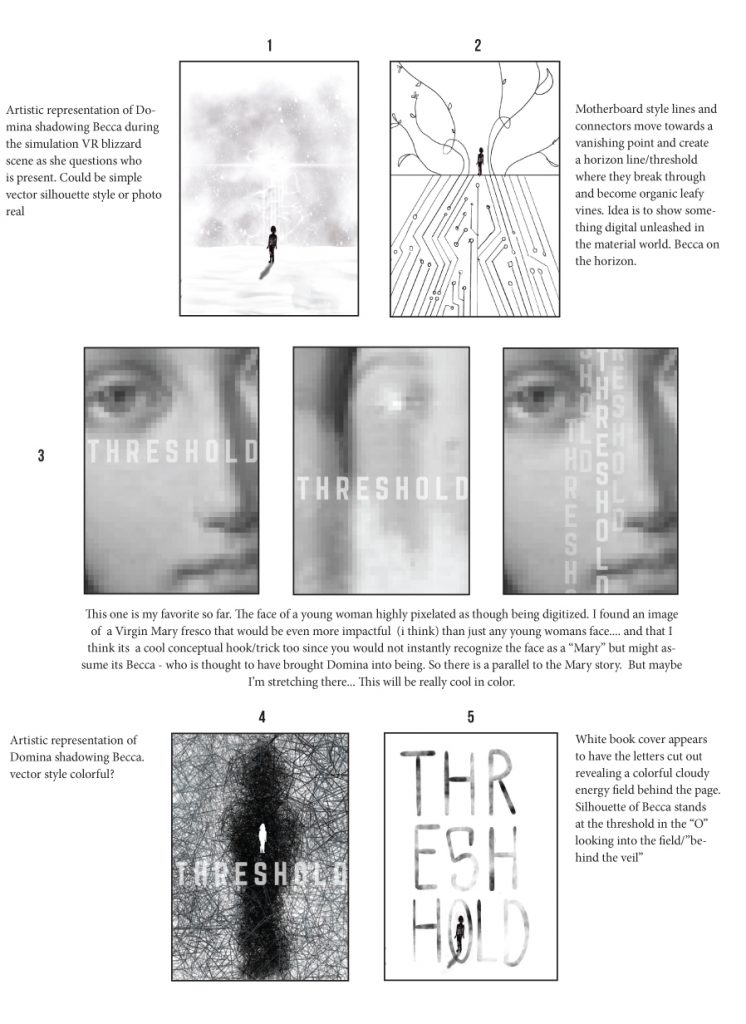 Robin: I feel Pretty Strongly about TH4, and the more direct TH5 and also really like TH1 but I favor the digitized face concept over concept 1 still. TH1 ended up feeling a little more YA targeted because Becca is younger in that image. I think that one would work better if the figure were smaller in scale the more I look at it. So my gut is that TH4 -6 is the right direction. The execution is still not 100% there. That’s why I sent so many variations… I felt like I needed some feedback before I moving forward again…

Scott:
TH1- Needs more Domina like in 4. Looks like she is seeing a light after death. Is she waving or saluting? Not sure about Becca’s image, maybe this is just a placeholder at this point. I agree this is too YA
TH2 – Needs more Domina. Looks like she is seeing a light after death. I like the colors but not the purple. I like the font from the first concept better.
TH3 – Don’t like the hair. Drop this one
TH4 – This is interesting. The font is too soft, rounded, friendly. Remember the world gets nearly destroyed in this novel, and there is a lot of chaos and destruction. That needs to come across in some way. Maybe too literal regarding Mary. I am not sure I get Sci-Fi even though there is some pixilation. This is a Sci-Fi techno-thriller, and the cover needs to say that clearly.
TH5- So let’s focus on TH4-6.
TH6- Also interesting. I think the color adds some pop and allows you to move towards Sci-Fi with its pixilation. We may need to explore an additional idea to speak to the chaos and sci-fi. Don’t know what that is, I will leave that up to you. I get slightly less Mary in this one, and I love the eye, find it captivating. I think the font is not there yet (see TH4 comments)

Conclusion:
Please maintain the naming protocol, so we keep things organized. So, for example, if you take TH6 as a baseline and rework it, make the next iteration TH6A with the date you send it to me. If you come up with a concept based on TH4-6, but it is not an iteration, please name it TH7, and so on. Does that make sense?
I agree that we now have a focus to take to the next level. My beta readers liked 3B (initial mock-ups) because it has an element of fear to it. I agree with that assessment. Also keep in mind the title. There is a before and an after, and the after is terrible. Looking forward to next iteration and I am very pleased thus far. 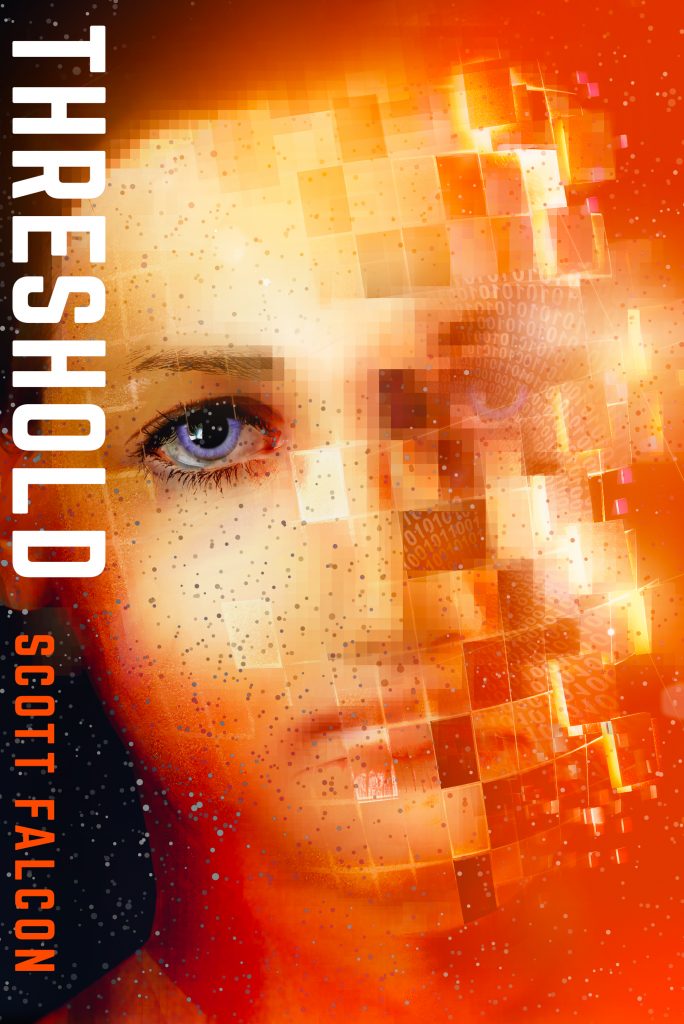